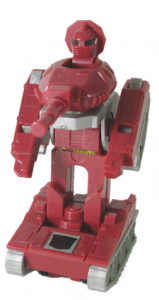 Twitter is on a warpath and the casualties are counting.

iPhone apps? Twitter bought the best one, Tweetie (and they recently released their own official apps for BlackBerry and Android).

A better web client and built-in picture support? The smart money says it’s coming, and Seesmic, TwitPic, and others should be scared.

Back in the Good Ol’ Days

TinyURL launched in 2002, but didn’t gain widespread appeal until Twitter adopted it as its official URL shortener. Back then (2006-2009ish), Twitter had nary a concern for money. They were focused on building the best service possible (or at least one that didn’t go down every other minute) and welcomed an ecosystem of outside apps and services built on top of the basic Twitter platform. This dichotomy worked out beautifully: Twitter wanted to grow and scale, and they basically got free outside help.

Back then, it was actually in Twitter’s own interest to avoid monetizing the service. As the anecdote goes, you don’t know what a company’s worth until it starts making money. That is, without ads or paid subscriptions, Twitter’s earning potential seems limitless. Seem counterintuitive? Perhaps at first. Basically, once a company starts making money, by implementing ads or charging for premium services, investors start realizing just how much — or how little — a company is truly capable of making. But until that point, everyone can still dream of fistfuls of cash just dropping from the sky.

However, the honeymoon can’t last forever. Now, with investors presumably breathing down their necks and Twitter becoming a true pop culture phenomenon (the Oprah moment!), Twitter needs to start figuring out how to pay off investors and become a financially successful company with plans for an IPO down the line.

In Pursuit of Money

Twitter bought Tweetie and rebranded it Twitter for iPhone because it was, by far, the best mobile client available. Creating its own app from scratch would’ve required significant effort and expenditure and many power users may have stuck with Tweetie anyways if they believed it to be better. By adopting the best client as its own, Twitter guaranteed widespread initial acceptance.

In contrast, Bit.ly picked up steam on its own, but only went mainstream after Twitter started using it as the default shortener on Twitter.com. Power users liked it because it provided analytics and, more recently, branded URLs for its Pro service users (such as TechCrunch’s tcrn.ch or the New York Times’ nyti.ms). However, with Twitter’s impending t.co shortening service, Bit.ly will lose its most valuable asset: prominent placement on Twitter.com

In short, URL shortening services went viral, but only because they helped users maximize the utility of Twitter’s infamous 140 characters limit. If Twitter now allows full URLs in tweets, why would anyone bother using a URL shortener?

Without Twitter, can a URL shortening service still be a viable (and profitable) company? If Facebook’s copy-rather-than-acquire precedent is any model, competing services are going to have a tough time.

Will Bit.ly Get Rocky Balboa’ed or Can It Bounce Back?

Now, the onus is on Bit.ly to innovate or die. They have already begun offering some premium services, but they need to go much farther.

I suspect they will need to shift some of their focus from their core business (short domains) to other ancillary services, like small landing pages for consumers or a full-fledged analytics service for microblogging services (like Tumblr and Posterous, in addition to Twitter).

Or they can just hope Google acquires them.

What do you think – can Bit.ly survive this onslaught from Twitter or are they just a feature, not a company?

I'd Pay For a Hulu Subscription If… Apr 26

The Los Angeles Times is reporting that Hulu, the premier online legal TV watching destination, will be launching a paid subscription version next month. Hulu Plus, as it will be called, will charge $9.95 monthly for access to the back catalog of some of the shows which they currently only have up to 5 episodes of. Would you pay for such a subscription service?

Despite being an avowed television and digital media aficionado, right now I would NOT pay for this type of plan. As it stands, access to a few more episodes from the current season of the shows they have available is simply not compelling enough for me to fork over $120 of my hard-earned money every year. However, what can Hulu do to get my money?

I’m glad you asked. I’d pay for a Hulu subscription if…

All in all, that’s what it’d take for me, seemingly the perfect target audience, to pay for Hulu Plus. What will it take for you to subscribe to Hulu Plus?